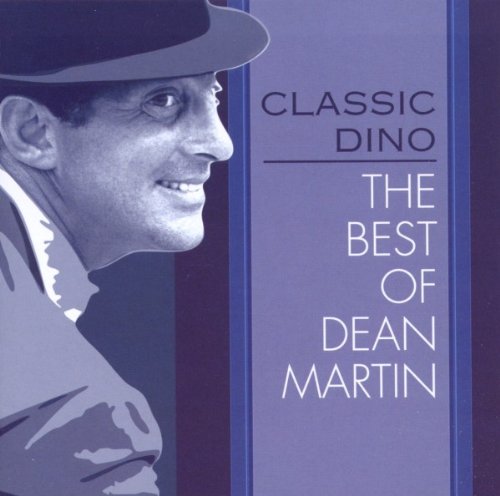 Both Collections to be Released by Capitol/EMI on June 7

Hollywood, California – April 12, 2011 – Capitol/EMI will release two collections of Dean Martin’s music on June 7, just in time for Father’s Day. A new title, Classic Dino: The Best Of Dean Martin gathers 14 classic tracks, and the Platinum-certified Dino: The Essential Dean Martin has been expanded from a single disc to a 2CD package featuring 36 of Martin’s top hits and signature songs. Both titles will also be available for download purchase from all major digital service providers.

The expanded edition of Dino: The Essential Dean Martin includes a previously unreleased studio version of “Rock-A-Bye Your Baby With A Dixie Melody.” Recorded by Martin on April 28, 1950, the master was presumed lost until it was recently unearthed in the Capitol vaults.

Previously announced, NBCUniversal Television Consumer Products and TIME-LIFE will release three new DVD collections featuring The Best of the Dean Martin Variety Show on May 24. The single DVD, double DVD and six-DVD Collectors Edition sets capture material never before released from some of the shows greatest episodes during its nine-year run on television from 1965 to 1974.

A famed star of the silver screen, television icon, Grammy® Award-winning singing sensation and member of the renowned “Rat Pack,” Dean Martin’s show business legacy is legendary. His musical career features such classics as “Ain’t That A Kick In The Head,” “That’s Amore,” “Mambo Italiano,” “Everybody Loves Somebody,” “Sway,” “Volare,” and more, releasing dozens of album recordings over his lifetime. Starring in dozens of well-known movies including Ocean’s Eleven, Rio Bravo, The Caddy, and Who Was That Lady?, for which Martin received a Golden Globe nomination for Best Actor, coupled with a highly popular television career, Dean Martin certainly earned his nickname as the “King of Cool.”

14. Standing On The Corner
15. You Belong To Me
16. Powder Your Face With Sunshine (Smile! Smile! Smile!)
17. Innamorata (Sweetheart)
18. Rock-A-Bye Your Baby With A Dixie Melody [previously unreleased]